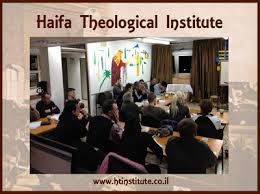 HTI was established in 2009 through a joint effort of five Messianic congregations in Haifa, with Shavei Tzion taking a lead role since 2011. HTI’s vision is to strengthen the Russian-speaking Messianic body in Israel and to train future Messianic leaders.

HTI is planning on enlarging its student body, which will be done by adding online study resources. Russian-speaking believers throughout the world will have access to courses such as “Jewish Roots of Christian Faith”.