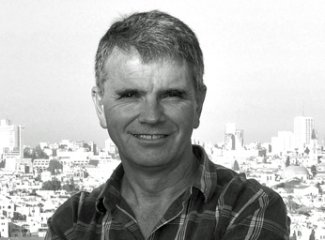 My name is Stan Goodenough. I am, by God’s grace and through the spirit of adoption, a son of the LORD God of Israel. Jesus of Nazareth, the Lion of Judah, the Root and Offspring of David, is my Messiah and King. I live to serve Him.

Israel has been home for half of my life, but I was born to a Gentile couple serving on the mission field in the small kingdom of Swaziland. Raised in South Africa in the Protestant tradition, I made a Christian commitment as a young boy, was baptised as a teen, then wasted many years on prodigal living. Following three years volunteering on Israeli collective farms in the 1980s, I worked as a political reporter for the South African newspaper, The Daily Dispatch – where my pen had its training during apartheid’s waning years.

Twenty years ago, in Jerusalem, I met Františka Šourková, a Gentile Christian from the Czech Republic. We were engaged before the imposing golden stones of the Temple Mount’s Western Wall, and were married in Christ Church, just inside Jaffa Gate. Together with our seven, Israel-born, children, we have our home on the outskirts of the capital. Our younger children are in Israeli schools; our oldest serves in the Golani Brigade of the IDF.

I have traveled to various nations, speaking to Christians about developments in Israel. In 2011 I was accredited by the Israel Ministry of Tourism as a tour guide. I take individuals, small groups, families, busloads and helicopter-loads of Christians around God’s Land.