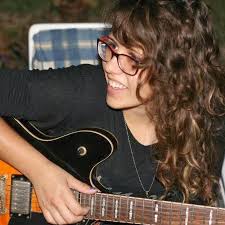 Shai Sol is an Israeli musician and singer. She participated in the reality show HaKokhav HaBa (The Next Star) on Channel 2, and is currently working on a debut album that consists solely of songs she has written.

Shai Sol reveals in her songs a personal story about a path, long and full of obstacles, pain from which emerges joy, and darkness from which a great light is born, leading to faith and constant search for truth.

At the age of 6, Shai Sol began to play the darbuka (a small cup-shaped drum) and various percussion instruments. Then discovered the piano and the guitar, and back to drumming. At the age of 16, she began to write and compose music, where she felt she found her natural place.

Shai Sol has written and composed more than 200 songs that were waiting to break through into the world. In the meanwhile, she has performed a selection of the songs at performances across Israel.

In recent years Shai Sol has performed around Israel and abroad, including Norway, the US, Netherlands.

She is currently in the process of producing her first album, and will soon appear with a new electric ensemble, which she has brought together in order to tour across Israel.