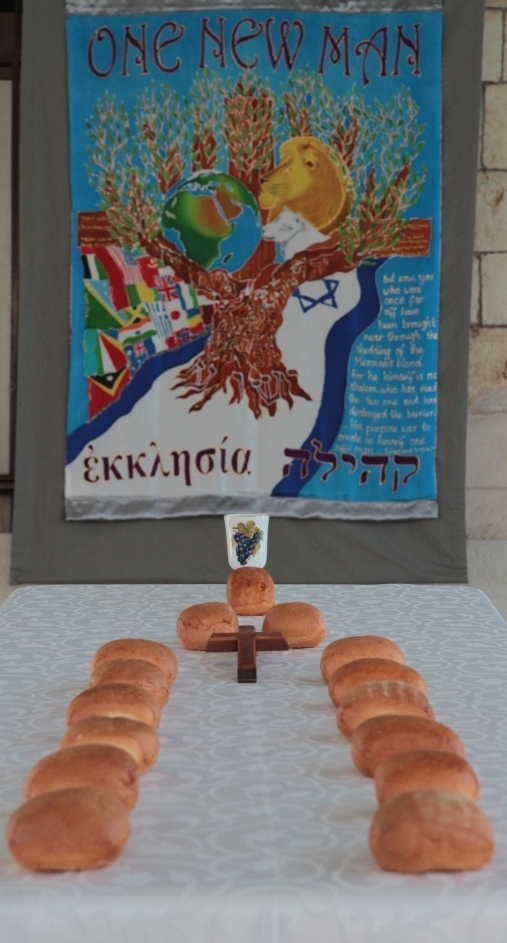 The first Messianic congregation/church in Beer Sheva in modern times (meaning our lifetime!) is called by the name Nachalat Yeshua, which means Yeshua’s Inheritance.That’s who we already are now, along with all others whose faith and hope are in Him, and it’s what we have been set apart unto Him for: He is our inheritance, and we are His. Isaiah 53:10-11 comes to mind, as we are His seed who have been purchased with a price and belong to Yeshua. This is the [better] inheritance which corresponds to that of the priests under the first covenant with Israel, who, rather than simply having an inheritance of land, in God’s amazing ways, by virtue of the tribe of Levi being scattered throughout the whole of the land apportioned to all the other tribes of his brothers, the priests actually “inherited” the whole land under YHVH’s rule! How much better is our inheritance in Messiah, through whom and with whom we have inherited a kingdom from the Father which cannot be shaken!

At Nachalat Yeshua, Hebrew is the primary and unifying language between us when our native tongues don’t communicate to one another. To be honest, we’ve also found that even in the same native speech the communication isn’t always clear.  Translation is provided into Russian, English, and Spanish. We meet in an old Turkish house, privately owned property by Christians for about 100 years, in Beer Sheva’s Old City (downtown). We are cross-denominational; that is, we belong with all others whose sins have been forgiven through the death on the cross of the Lord Jesus Christ, and who call upon the name of the Lord out of a pure heart. Jesus is outside anyone’s particular camp, so we go out to Him, bearing His reproach, from whatever camp we find ourselves in. By His cross the world has been crucified to us, and we to the world. As the Bride of the Lamb, He is our (my) beloved, and we are His!